After a marathon meeting Tuesday, Doña Ana County’s Board of County Commissioners passed a resolution in STRONG support of the Organ Mountains-Desert Peaks National Monument. The move was directly aimed at sending a clear message to those in Washington calling for a reduction in the sizes of national monuments.

The resolution is short, but clear: The Doña Ana Board of County Commissioners Affirms support for the Organ Mountains-Desert Peaks National Monument and strongly opposes any reduction of the monument and its areas of protection.

This resolution backs up a similar vote of confidence from the City of Las Cruces last week. This is not the first time either body has voted on the issue, but in the wake of national changes, conservative voices in the state have actively brought these issues back up in various forms.

Lone GOP Commissioner Ben Rawson had attempted to pass a resolution in support of Secretary Zinke’s and President Trump’s “review” of national monuments created by the Antiquities Act, but that resolution was countered by a pro-monument resolution which ultimately passed 4-1. With help from YOU, ProgressNow New Mexico joined partners from around the state in helping organize calls to all of Doña Ana’s BOCC.

The agenda item brought out hundreds of supporters; so many to the point where county staff was forced to add more seats to the meeting room, then open a community room with a live feed for the overflow, and THEN open a SECOND room for even more folks. The estimated crowd was well over 350 people, mostly all wearing “I support the Organ Mountains-Desert Peaks National Monument” stickers. 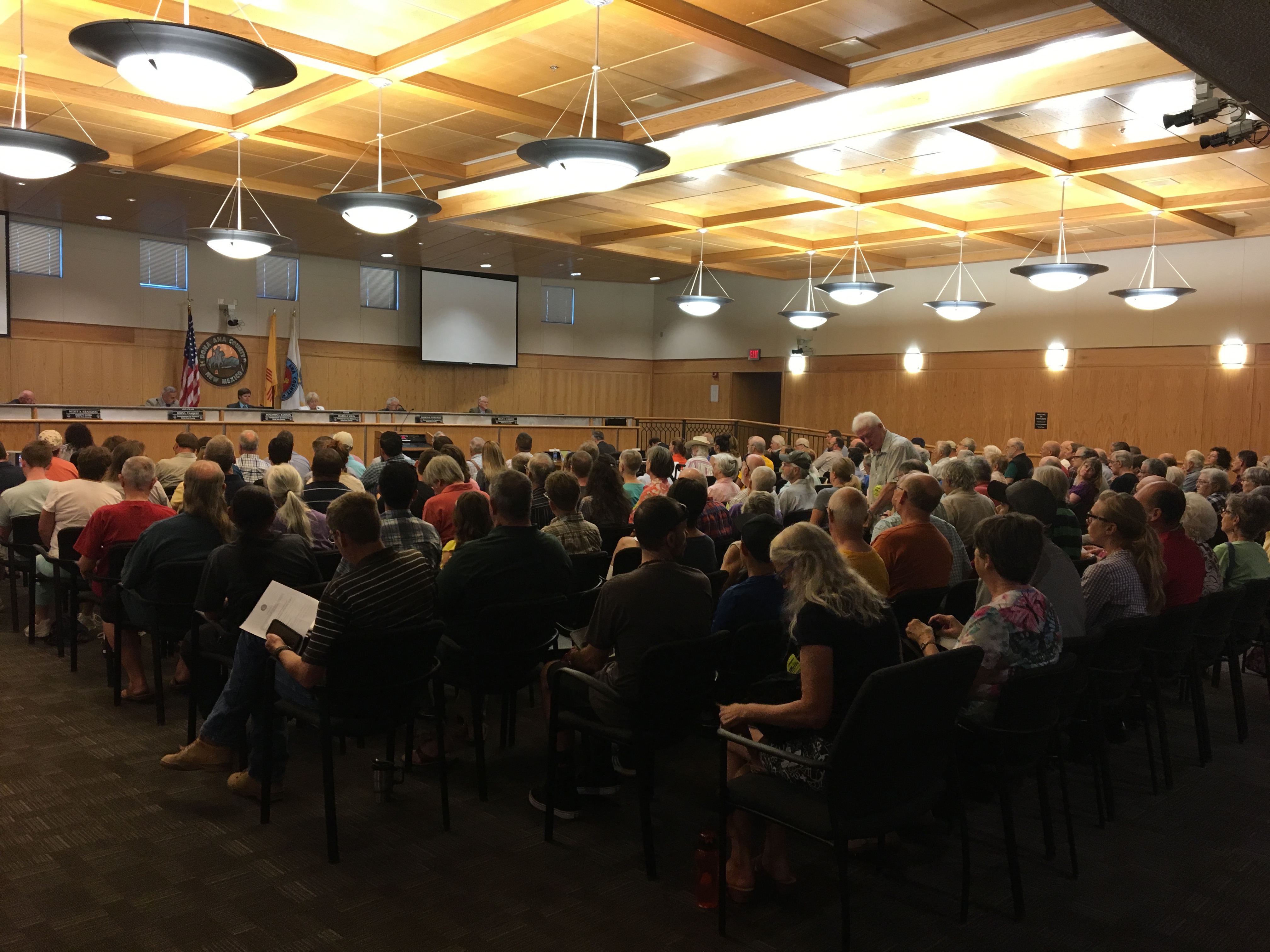 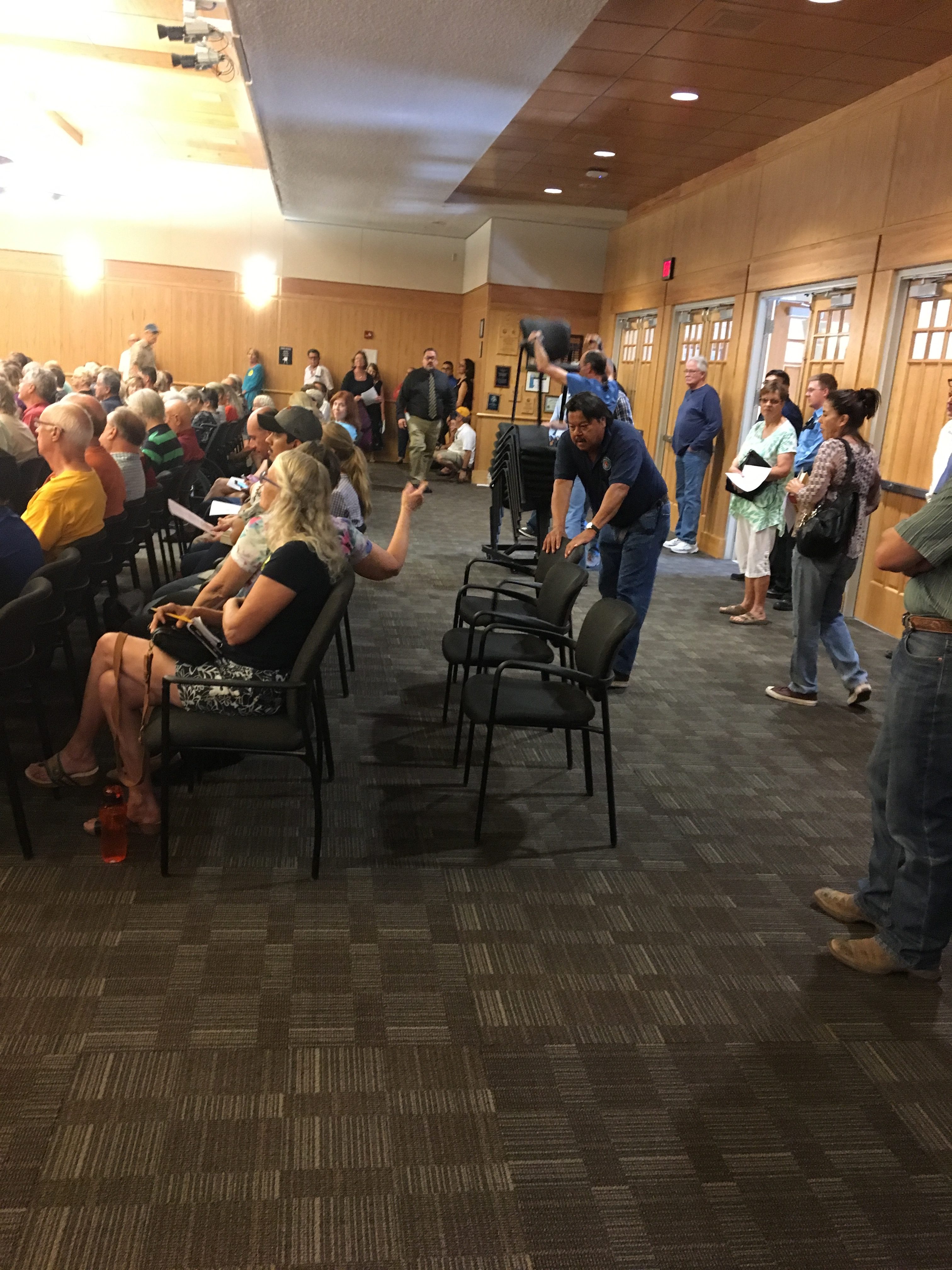 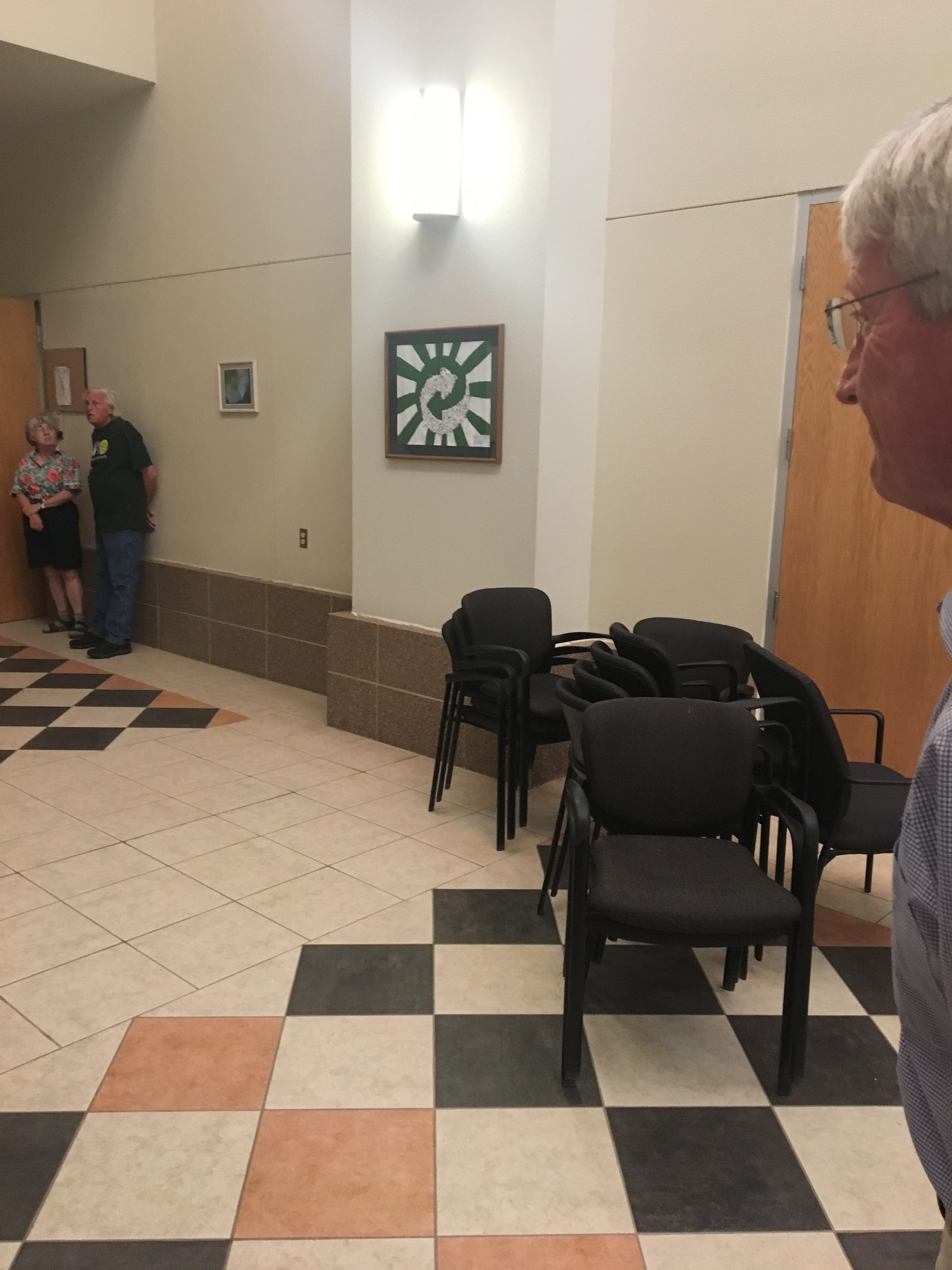 And after the extra row of chairs was full, extra rooms were set up to allow still more attendees to sit and watch the meeting in a community room on screen. 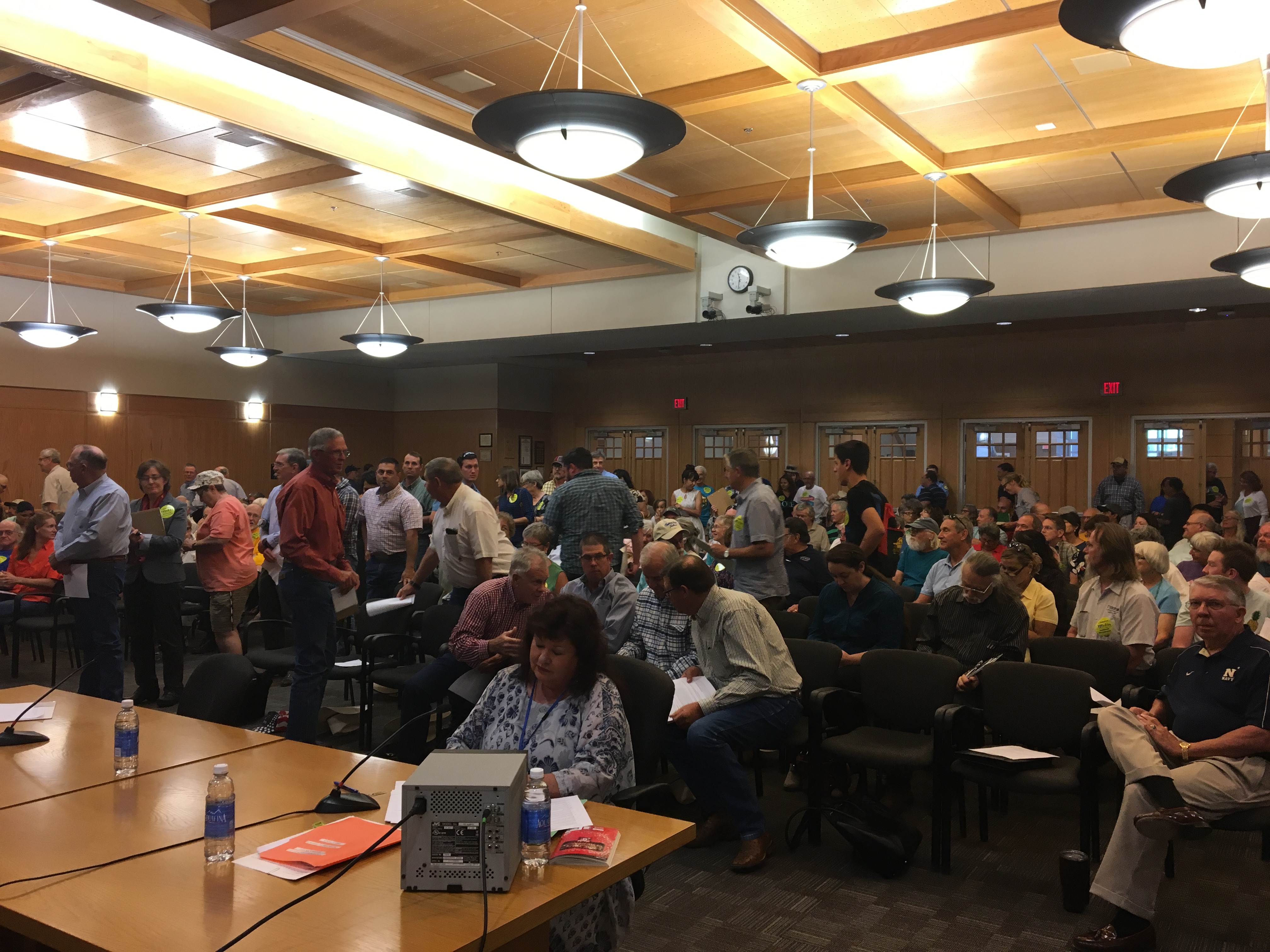 Public comment for the monument prompted a mass stand-up as people scrambled to get in line. Testimony lasted for nearly 5 hours

GOP State Land Commissioner Aubrey Dunn spoke today in favor of the restrictive “review” resolution. Dunn, of course, has called for the review process to be “expedited” because he wants access to the state land holdings within the monument boundaries both in southern New Mexico’s OMDP national monument, as well as in northern New Mexico’s Rio Grande del Norte National Monument.

If you want to learn more about what is being done around the state to help our public lands remain open and accessible, even beyond the national monument debate, check out our new #StepUpSteve campaign where we’re calling on Rep. Pearce to step up and listen to his constituents.

It sometimes seems like the remoteness of New Mexico can make the happenings of a city council or a county commission less impactful to all of us around the state, but it’s moments and votes like this that really do have statewide AND national repercussions. If you care about our public lands, please click here to be kept up to date with all our efforts for protecting them.

And, as always, if you think we’re doing a good job of keeping you informed about issues you care about, please consider giving today to help us keep up the fight for progress all across New Mexico.

“Your Silence Will Not Protect You” – Audre Lorde

Democrats in Practice or Name Only?