A day after a racist-laden post about recent events in Charlottesville landed Dona Ana Republican Party Chairman Roman Jimenez in hot water, ProgressNow New Mexico has delved deep into the Jimenez’ history on Facebook and discovered more egregious content ranging from advocating for rape to condemning all drug users to death. This, all from a former New Mexico State Police officer who served as Governor Susana Martinez’ security detail! 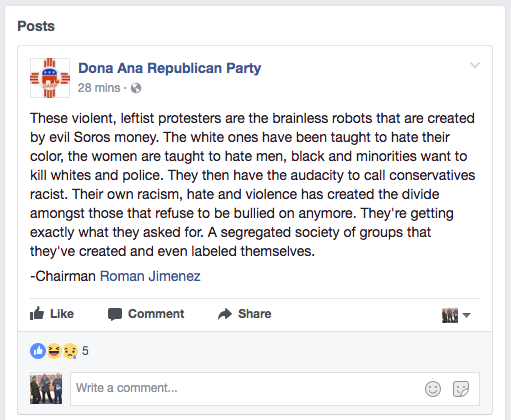 This is the post from yesterday, August 13th that sparked outrage from Democrats and Republicans alike. The story has sense gone viral nationally. 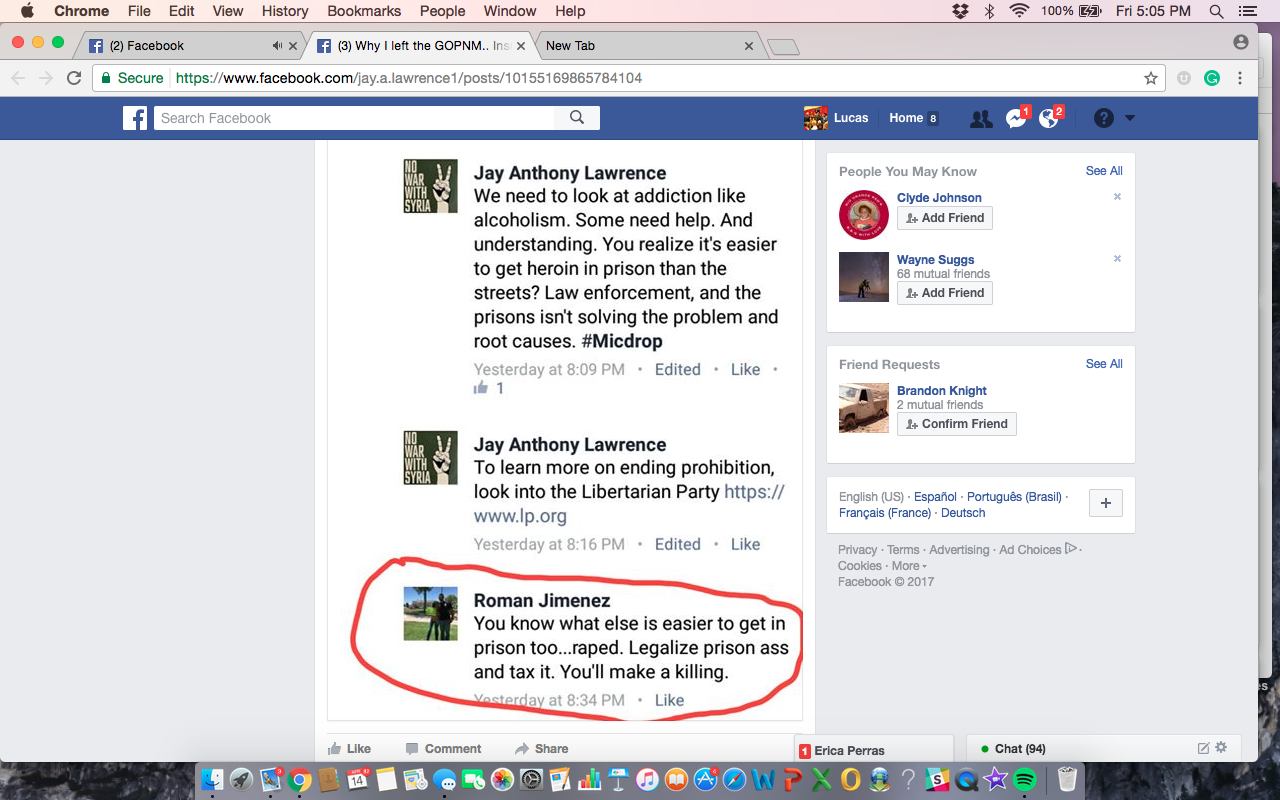 This post was shared back in April, Jimenez is at the very least making light of rape culture, if not outright encouraging it. 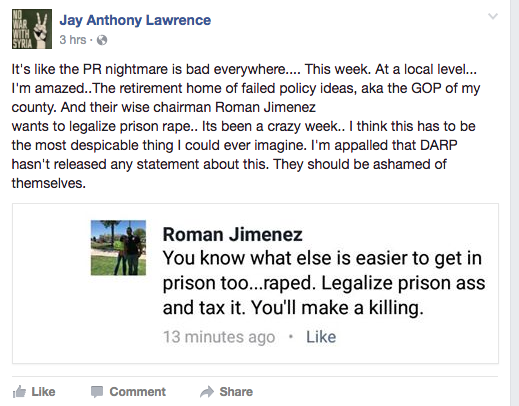 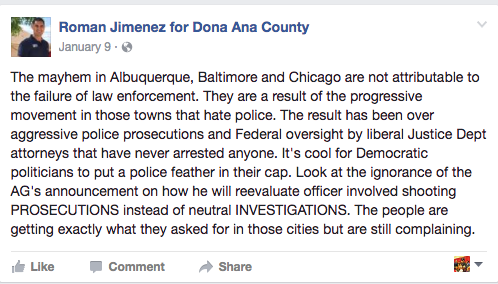 As an former police officer it is disturbing that Jimenez can't see the need for institutional reform in cities like Albuquerque where police violence has been a verifiable problem in the past. 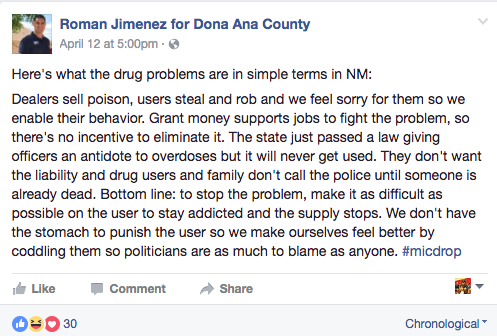 That’s right. Jimenez is a former NM State trooper who served on Martinez’ security detail and apparently now works for a private security firm, International Protection Services, inc. That firm is a part of Immigration and Customs Enforcement’s ICE “IMAGE” partners, standing for: “ICE Mutual Agreement Between Government and Employers.”

According to the IPS website, “International Protective Service, Inc. (IPS) is one of the leading private security firms in the greater Southwest region. Based in Albuquerque, New Mexico, we provide residential and commercial protective, security and investigation services delivered by highly trained and experienced officers. Our expertise allows us to provide a range of security solutions for your person, home or business.”

It is unclear what role Jimenez or IPS might play in working with ICE, but with such extreme views on race it is disturbing to think of the possibilities.

Jimenez’ has since taken down his personal Facebook. For a few hours on Monday morning, the Dona Ana Republican Party Facebook page was also taken down completely, but it appears to be back up now. However, news agencies attempting to reach the DAC GOP haven’t had much luck.

Calls by users for the post to be addressed or taken down were not addressed directly, however, the Republican Party of New Mexico did release this statement seemingly in response to Jimenez’ post:

“Let’s start with the obvious. Roman Jimenez must step down as chairman of the Doña Ana County Republican Party. If he does not give up his seat voluntarily, he must be removed if the party, already in the minority in this county, wishes to remain relevant.”

Just like we did back in January with J.R. Doporto, we think it’s unacceptable that anyone, no matter their political affiliation, with a history of hateful and divisive rhetoric be in a position of power or leadership in New Mexico. If you agree, sign the petition below.