Senate Republicans are at it again. A third, and worst so far, bill to take healthcare away from millions of (mostly poor) Americans and jack up rates for those who use what healthcare is left, is on the table and Senate Majority Leader Mitch McConnell says he’s looking to give it a vote next week. To do it, he’ll have to bypass the regular committee process and move without knowing exactly how many people will lose coverage or how much rates will increase for all categories of patients.

The tactics of closed-door conversations motivated by a partisan approach and the interests of a few, instead of the many, are definitely at play when it comes to the Graham-Cassidy repeal plan.

When the first attempt at repealing the current healthcare plan that is in place failed, Senate Republicans went back to the drawing board, and now they’re back, what’s at stake? Take a look.

Here’s what Graham-Cassidy STILL does (at least what we know so far):

The lack of transparency, the doubling back on promises made to the American people, and the cuts to coverage, the price hikes for available coverage, and the removal of protections for some our country’s most vulnerable are not only still present, their presence has grown with this current plan.

The images below, courtesy of the New York Times, show you how New Mexico and New Mexicans will be affected by Graham-Cassidy – see the full report here.

New Mexicans would pay, on average, almost $1500 more for coverage they have today - all to subsidize health plans in mostly-Republican voting states 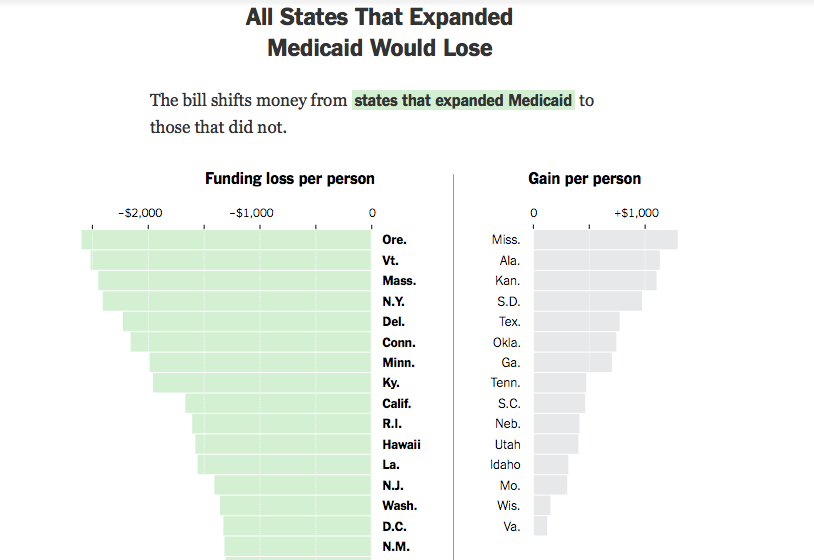 Which part of the Graham-Cassidy Obamacare repeal is worse?