It’s been 10 days since the first big action took place in Tornillo Texas, where a small land port of entry has become of the burning hot focal points of the massive uprising against the inhumane separation of families detained by ICE, CBP, and Border Patrol.

ProgressNow New Mexico has been down in Tornillo four times to bear witness to various actions from general protests, to visits from our state’s two Senators, to today’s acts of civil disobedience that shut down the port for over two hours. We’ve tried to cover as much live from Facebook as we could, taken pictures, and talked with folks who’ve worked to organize these events.

While the Trump administration has continued to push its narrative of “zero tolerance” when it comes to immigration from south of the border, people from all walks of life have shown up and with increasing escalation, attempted to keep people’s focus on what matters: That children of all ages, and genders, are being housed in tents in 100+ degree weather with no actual plan of reuniting them with their families.

We’ve learned that Trump only signed the Executive Order that supposedly ended family separation AFTER being turned down by at least two private corporations to build more additions onto the facility at Tornillo AND made it so that indefinite family detention is still a concept they’re willing to pursue. Now it appears they’re shifting the responsibility of the welfare of these thousands of people to the military, further out of sight and reach from average Americans who’ve been gathering and speaking out DAILY for this horror show to end.

Today’s action in Tornillo organized by United We Dream and other affinity groups was especially bold as it marked the first time a direct action was used to disrupt the status quo of the facility. Protestors blocked traffic in and out of the port of entry for over two hours and witnessed at least three busses of children being brought into the facility before they could reach the gates.

Considering the glut of other news from the day including the devastating blow for workers to unionize from the Supreme Court, and the foreboding news of Justice Kennedy’s retirement, it’s entirely understandable to be overwhelmed by what exactly one can do next. But please watch some of the video (if not all of it) from today’s march and protest and feel the energy of all the young people who braved the heat and traveled hundreds of miles to have their voices heard. Their chants and songs were strong and loud, and their willingness to keep moving forward is exactly the kind of energy needed to keep up the fight at every level.

Here’s the first video from today:

And the second with the update:

And here’s a photo gallery of stills from the march and protest as well: 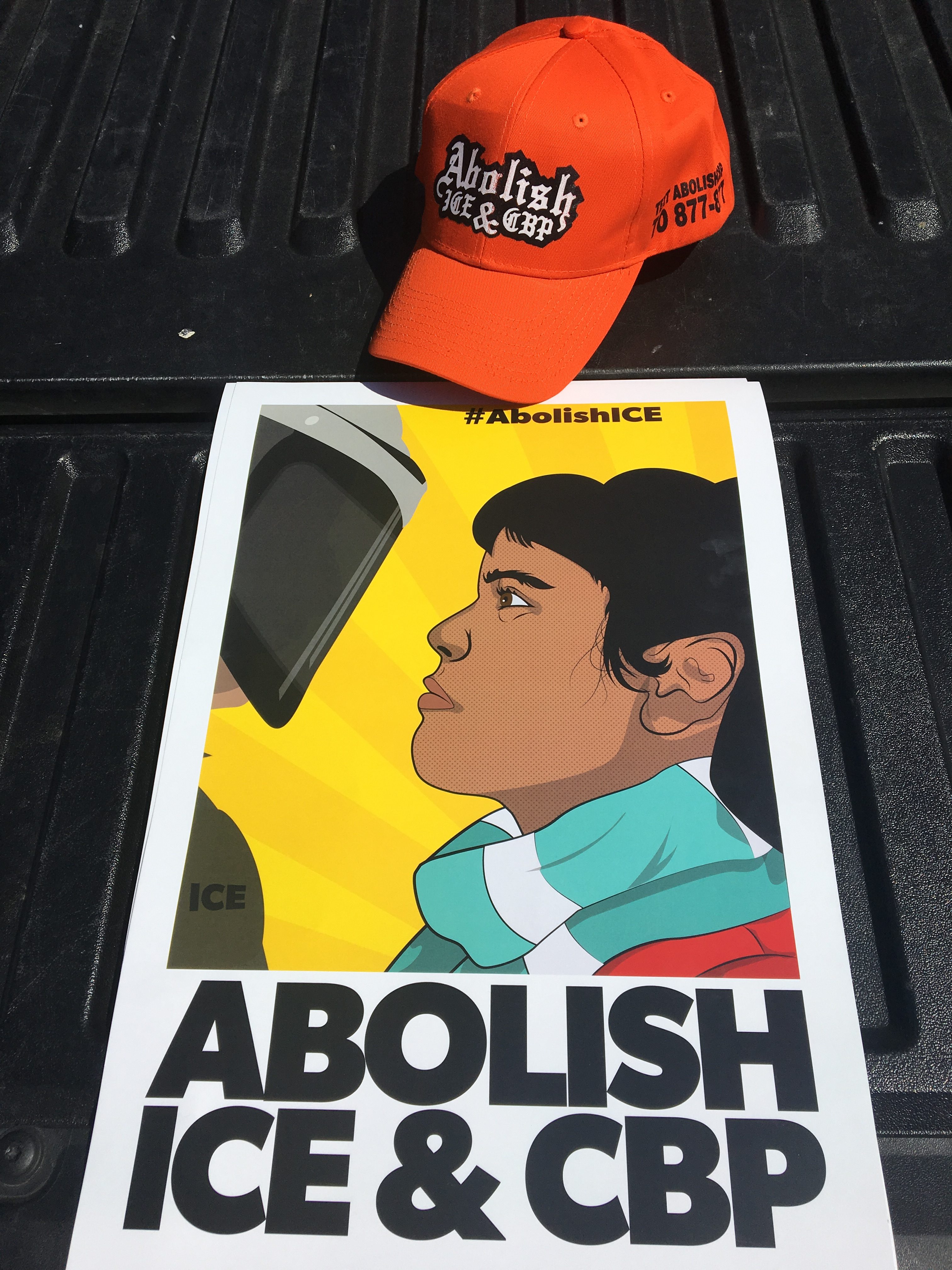 The theme of the overall action was #AbolishICE #AbolishCBP 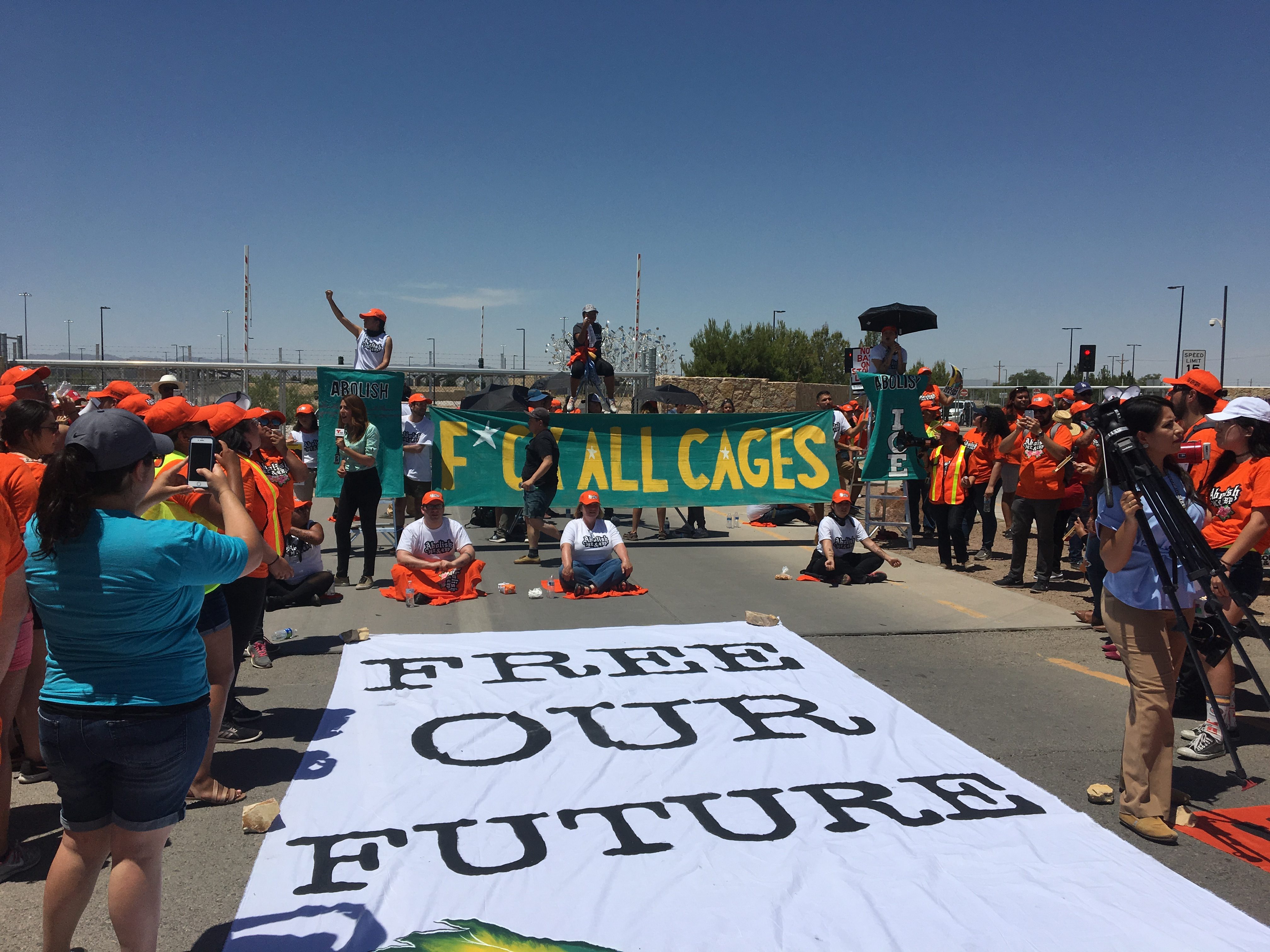 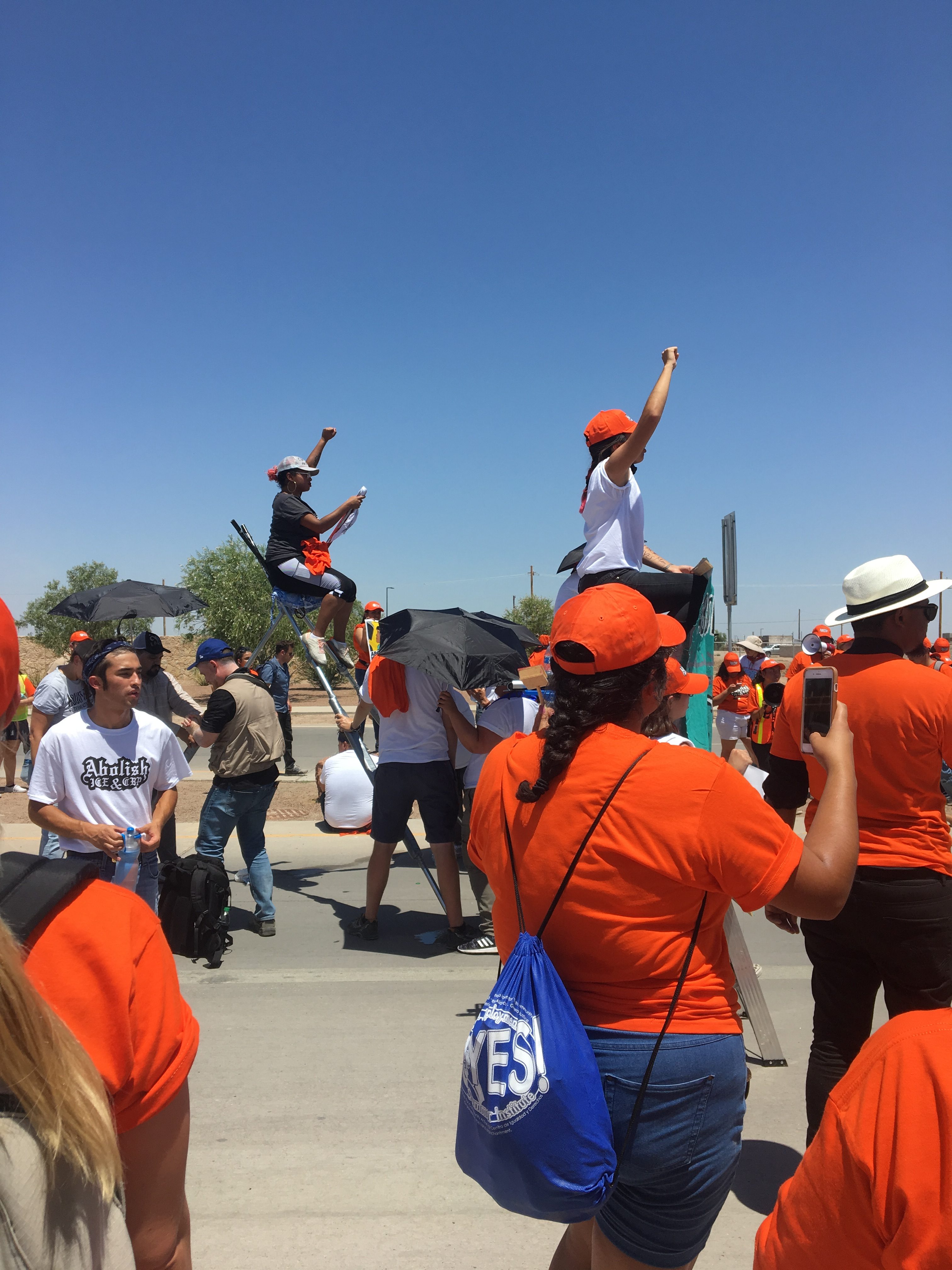 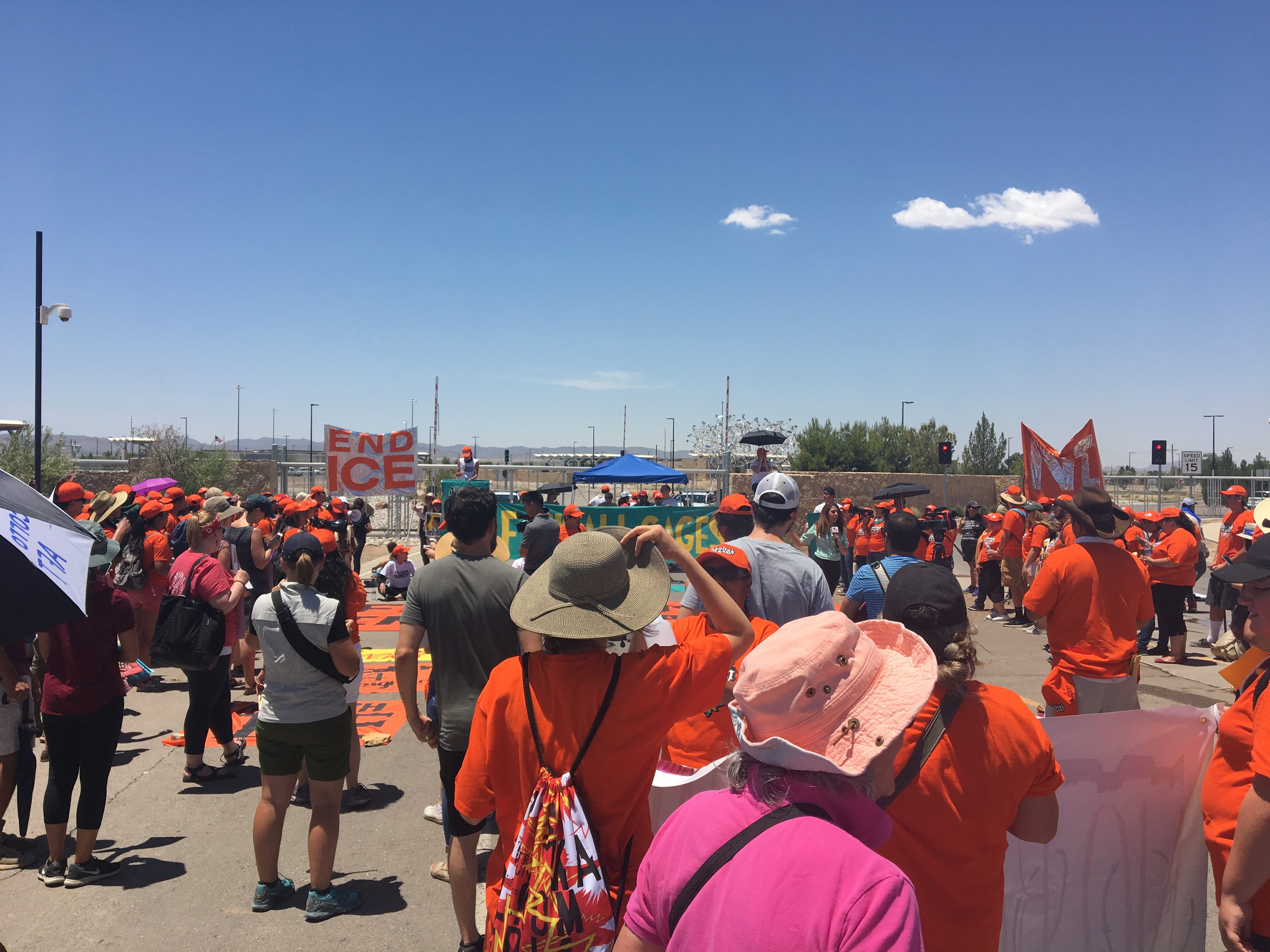 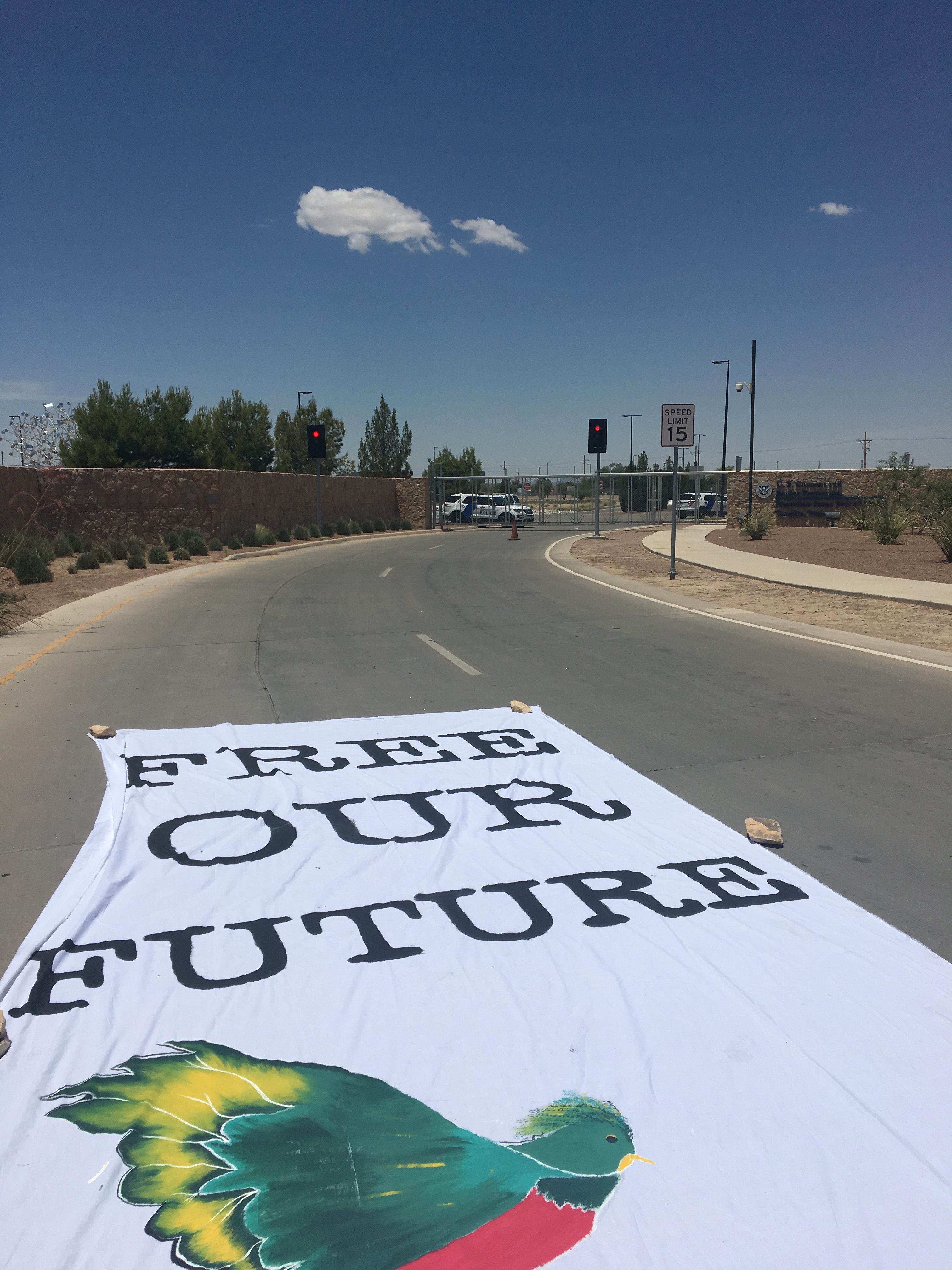 You can see Federal Protections and CBP vehicles behind the closed gates on the inbound lane going into the facility here. 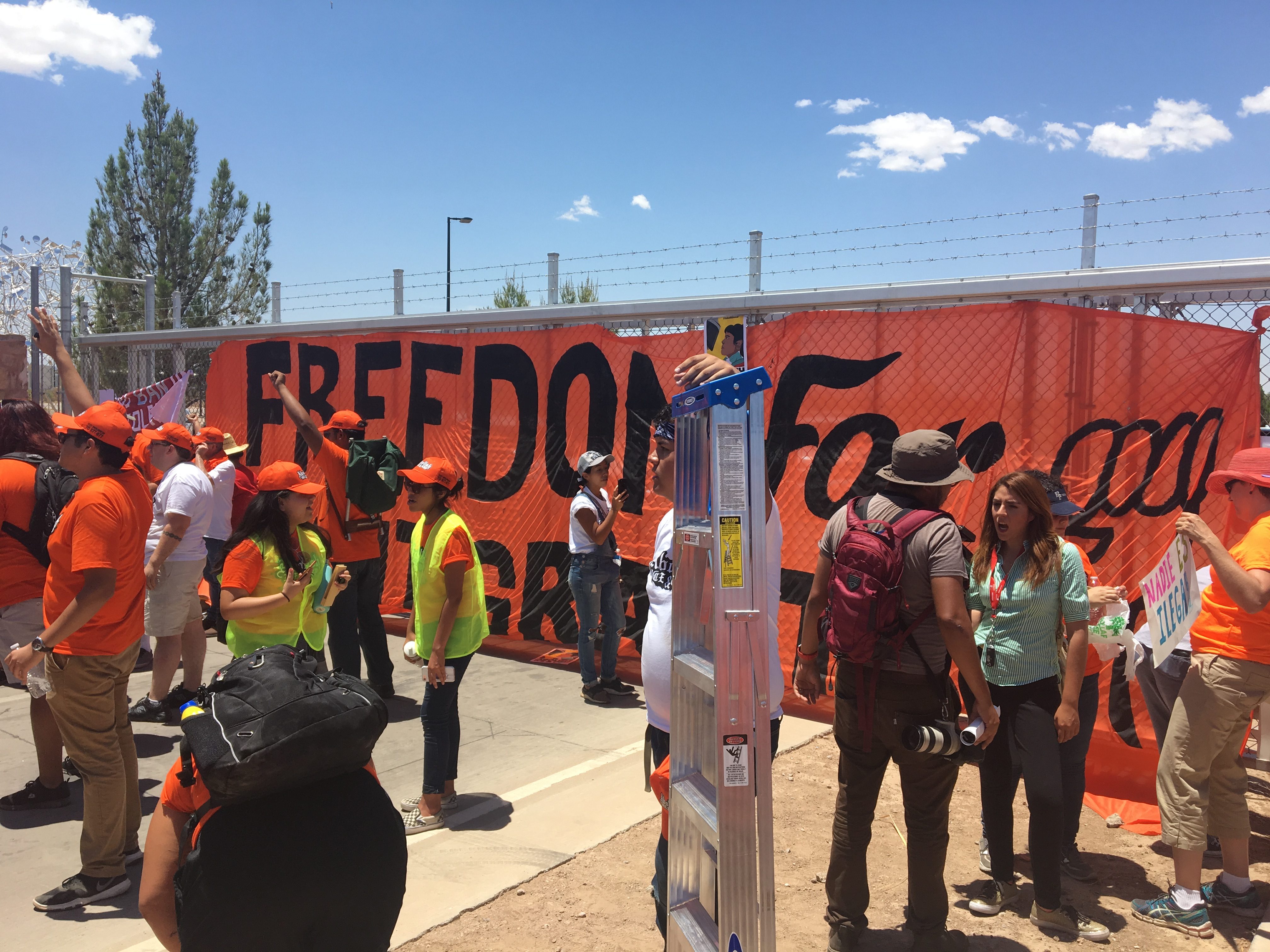 As the action wound down, protestors placed their signs and banners along the fences 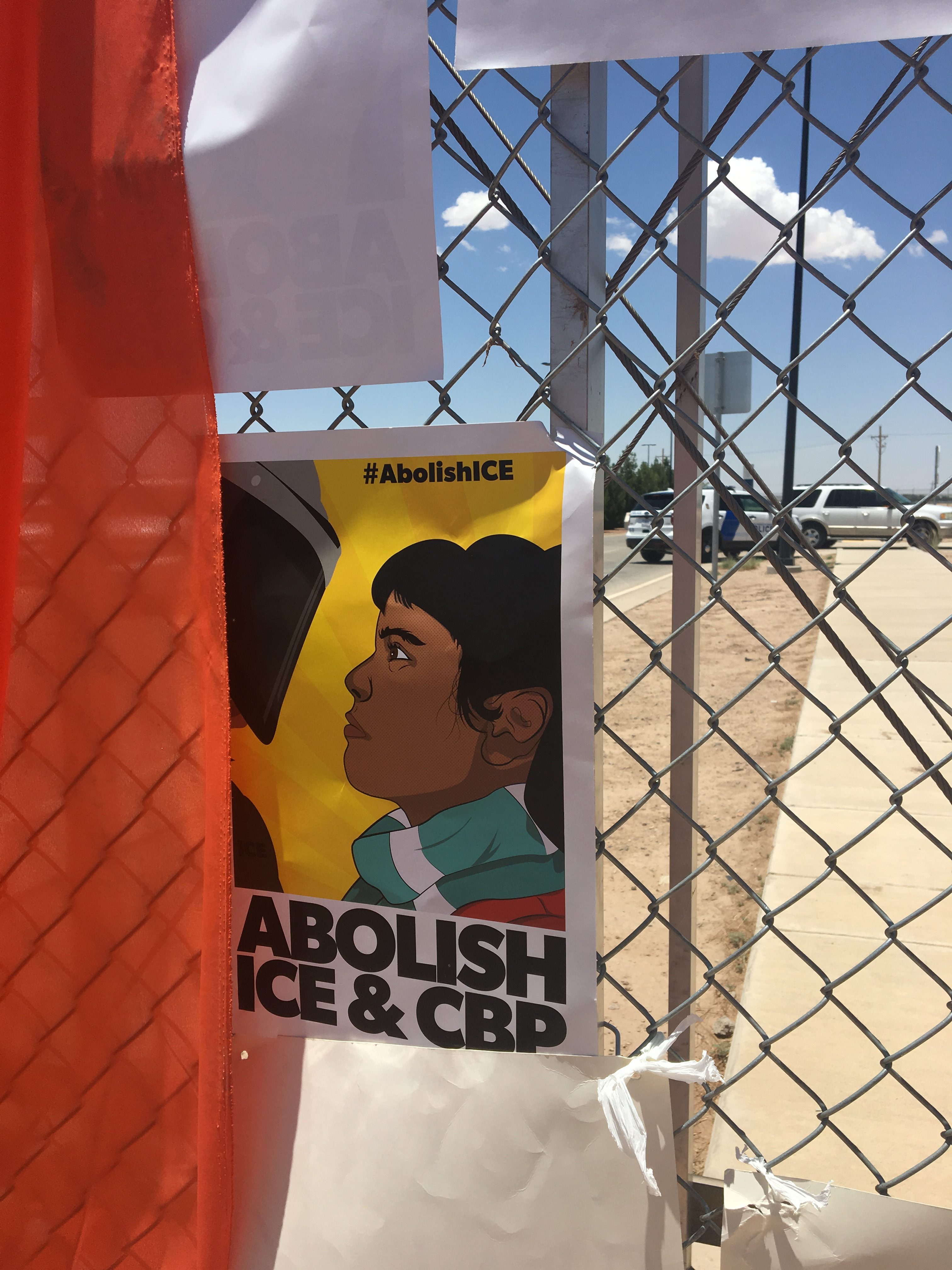 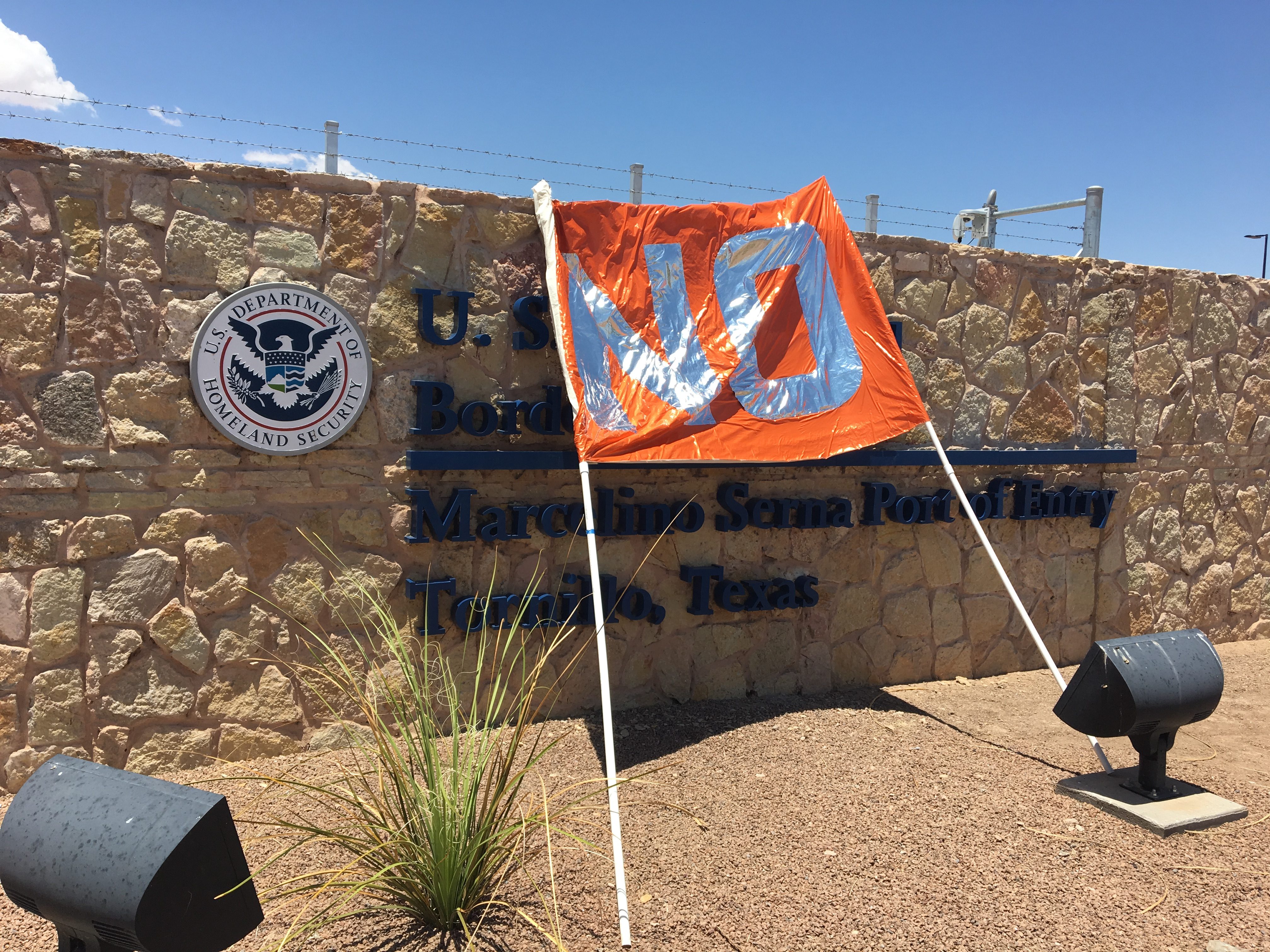 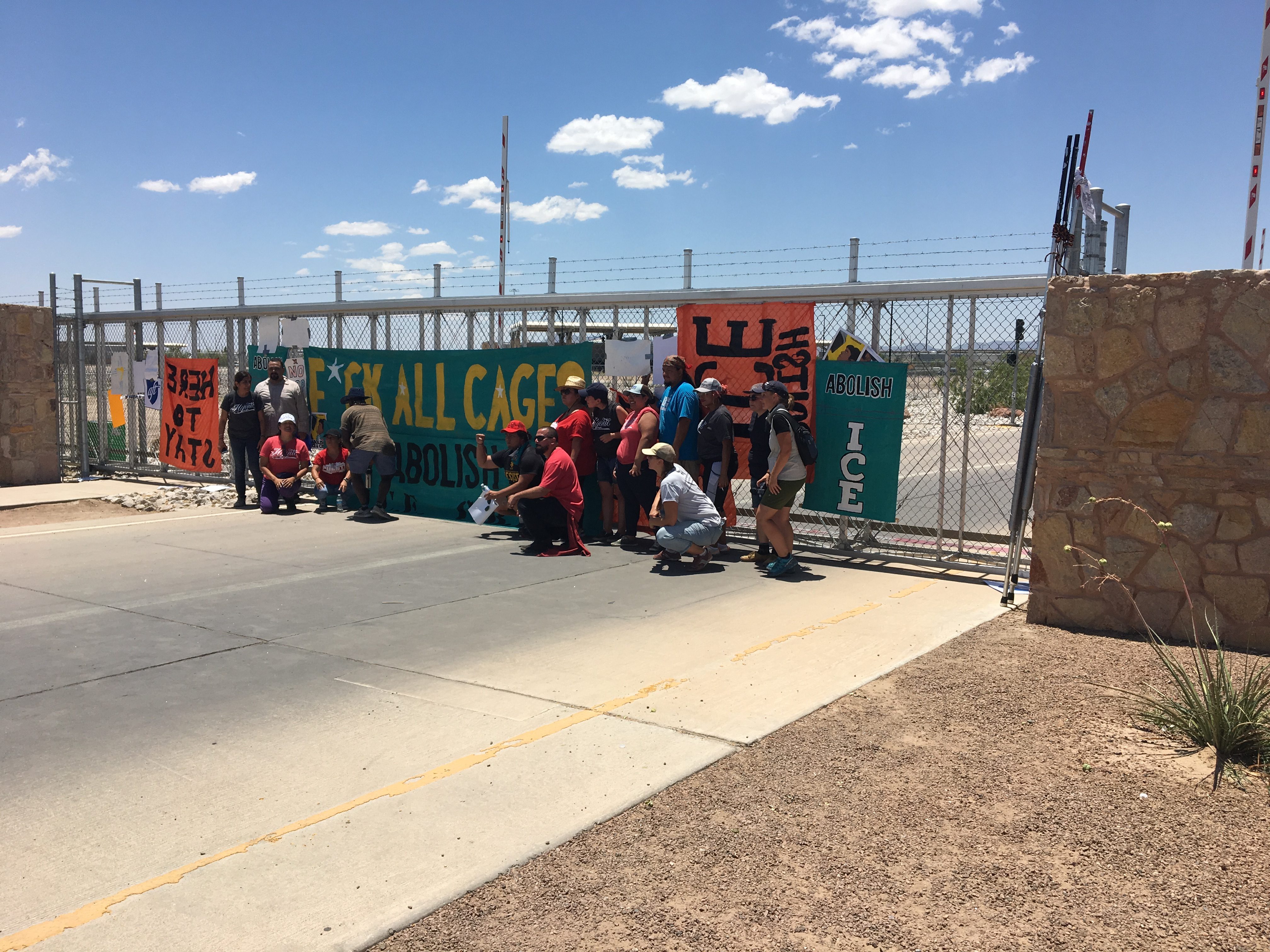 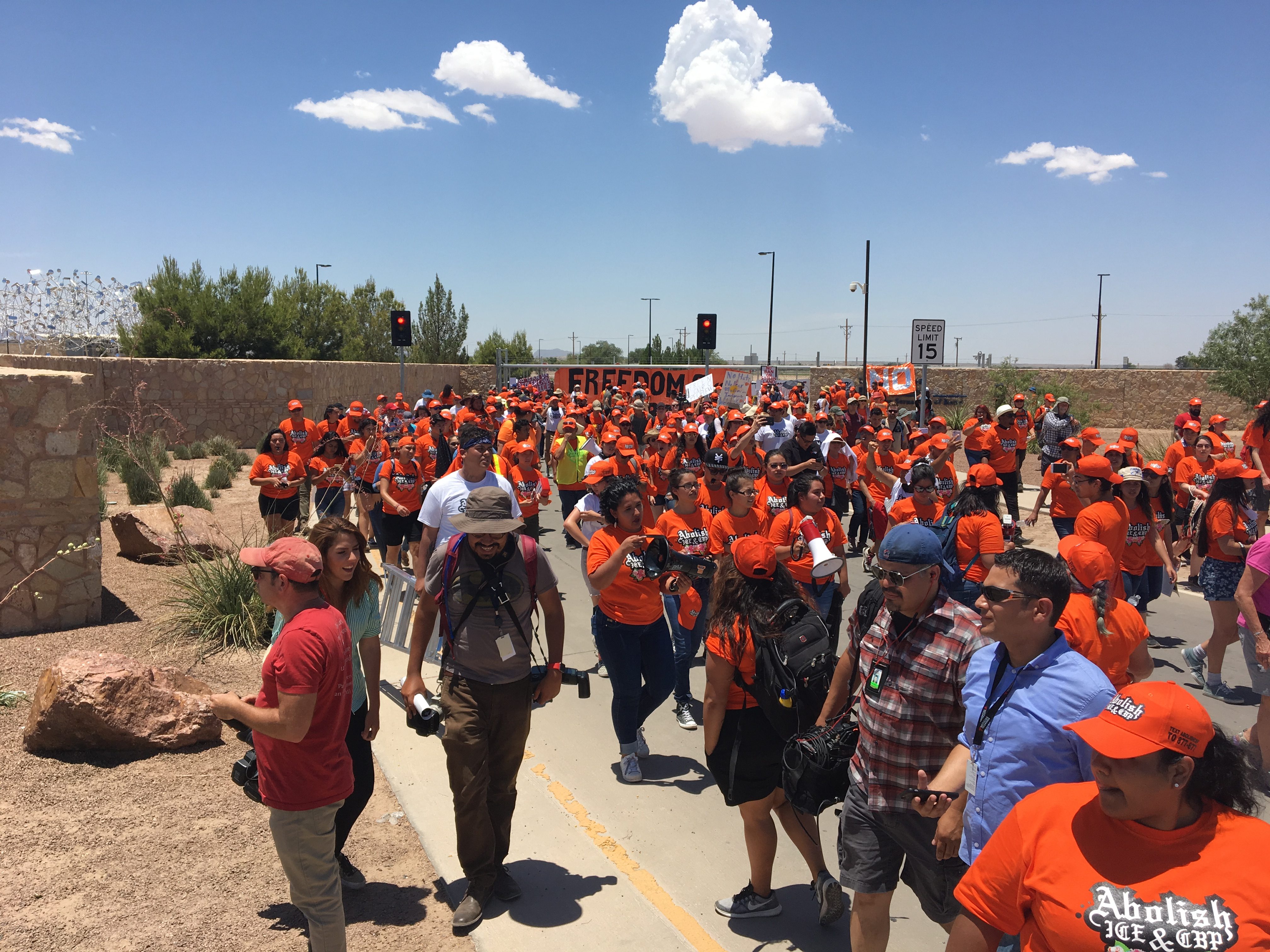 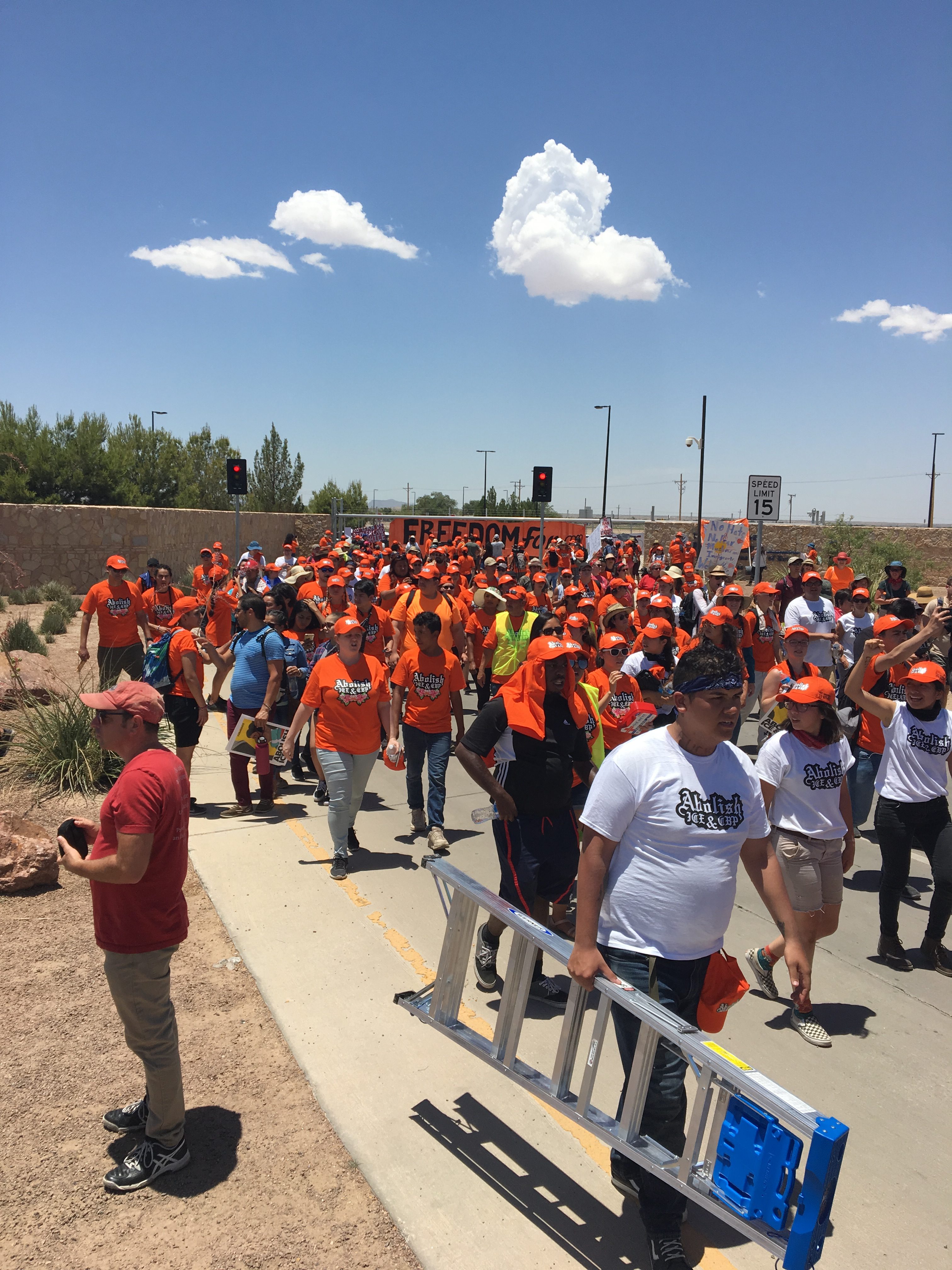