[UPDATE: Gov. Martinez’s Public Education Department has said they will appeal the judge’s decision that the state is required to provide more funding to students in NM. Gubernatorial candidate Michelle Lujan Grisham has said she will halt any appeal of the decision Gov. Martinez makes if she’s elected Governor. Steve Pearce has yet to make a similar determination. Read about it at NM In Depth.]

In a devastating rebuke to the failed education and funding policies of Gov. Susana Martinez (along with her conservative allies like the Rio Grande Foundation and conservative Democrats like Sen. John Arthur Smith), First Judicial District Court Judge Sarah Singleton handed down a huge win for New Mexico’s students Friday.

You can’t put it more succinctly than the first line of the ABQ Journal’s article: “New Mexico is violating the constitutional rights of at-risk students by failing to provide them with a sufficient education.”

Judge Singelton ruled in favor of New Mexico’s students and families by agreeing with the plaintiffs who brought the lawsuit (including our partners over at the Center on Law and Poverty and the always great Mexican-American Legal Defense Fund) that the state of New Mexico has been denying the constitutional right of every New Mexican student to a “uniform and sufficient” education. 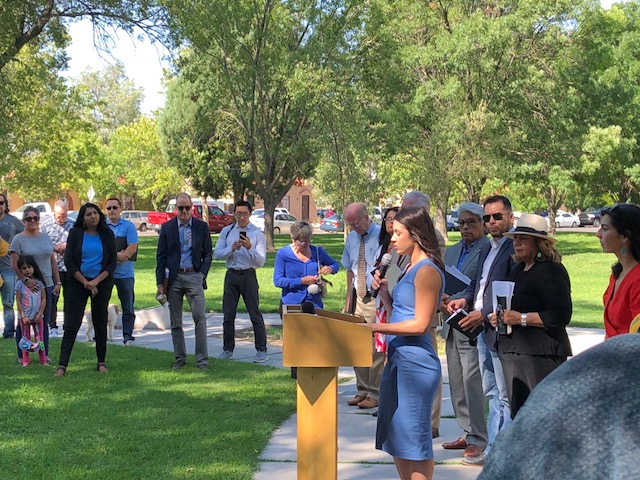 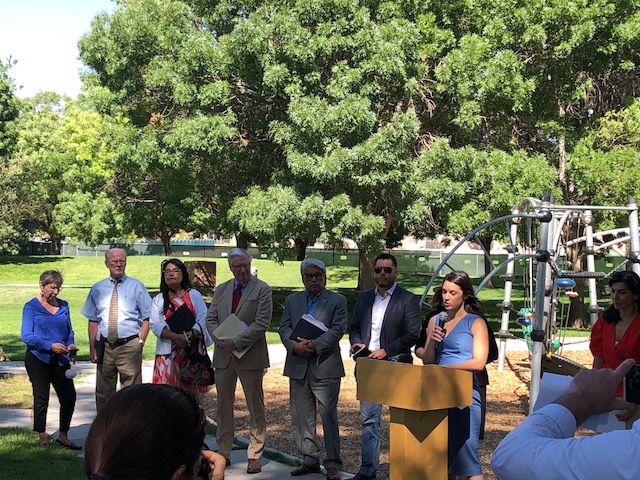 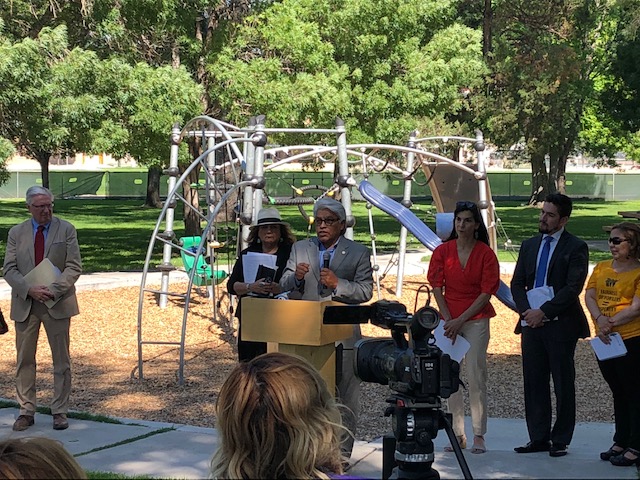 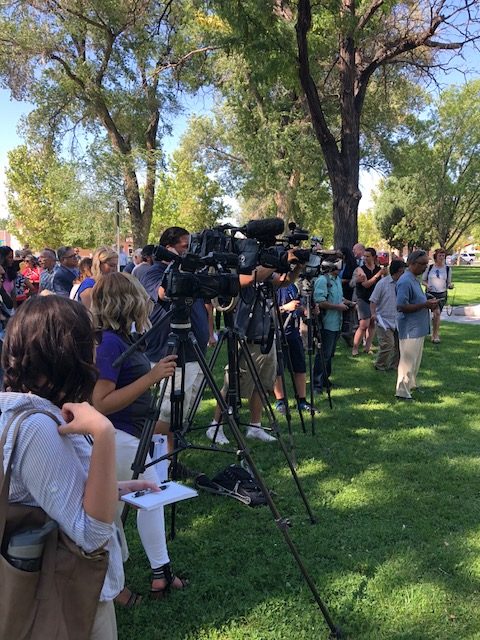 This ruling is particularly significant for low-income, Native American, and English language learner students, as well as students who live with disabilities. New Mexico can no longer deny equal opportunities to these students as it has been doing for years now.

From the Center on Law and Poverty:

Families and school districts in the consolidated lawsuit Yazzie v. State of New Mexico and Martinez v. State of New Mexico sued the state for failing to provide public school students with a sufficient education as mandated by the state’s constitution. The lawsuit challenged the state’s arbitrary and inadequate funding of public schools as well as its failure to provide students with the programs and services needed to be college, career and civic ready. It alleged that the lack of necessary monitoring and oversight deprived students of the resources and services they need to succeed—particularly low-income, students of color, including Native American, English-language learners, and students with disabilities.

Basically, Judge Singleton told Gov. Susana Martinez and the State of New Mexico that insufficient state funds are not an excuse for the state to violate the constitutional rights of our students. She even writes on page 56 of the ruling that “the remedy for lack of funds is not to deny public school children a sufficient education, but rather the answer is to finds more funds.”

When “[s]eventy percent of New Mexico students cannot read or write at grade level, 80 percent cannot do math at grade level and graduation rates are among the lowest in the nation,” Gov. Martinez should have been prioritizing money going to the classrooms, to teacher pay, to buying textbooks, to all the things that prepare our children to thrive in their lives and communities instead of figuring out ways to drain state coffers by giving corporations and the well-connected hundreds of millions of dollars in tax breaks over the last 8 years.

It seems logical, but it took a years-long legal battle to force the issue.

Again, from the Center on Law and Poverty:

During the eight-week trial, which began in June 2017, educational experts provided the Court testimony about the needs of New Mexico students and the systemic deficiencies undermining student success. Many school superintendents testified that their districts lack resources, quality programs, and state support, which also includes collaboration between districts and tribal communities…During the trial, the State’s experts conceded that students at high-poverty schools have less access to effective teachers, yet the State has failed to provide adequate resources to improve teacher training, compensation, recruitment and retention.

Now, the state has until April to come up with a plan to begin sufficiently funding New Mexico’s public schools.

And while this ruling may seem to have come out of nowhere for some people, for anyone who’s studied this issue you’ll recall that many legislators, teachers, parents, and others have been sounding the alarm for years that our schools do not receive the funding they need to prepare our students for the real world and that our teachers need higher pay. (Unless you’re the Rio Grande Foundation, who wrote just last year that “there is not a morsel of evidence that New Mexico spends an inadequate amount of tax dollars on K-12 schools.” Ok, bro.)

Now those same people have been vindicated.

Additionally, those who have pushed back against the Martinez Administration’s insistence on demonizing teachers and ramping up high-stakes testing for students have also been vindicated.

From the Santa Fe New Mexican:

The judge raised questions about whether teachers are paid enough money. She pointed out schools with large numbers of students living in poverty have disproportionately high numbers of low-paid, entry-level teachers. And she said that the evidence shows school districts do not have the funds to pay for all the teachers they need.

“The weight of the evidence leads to the conclusion that the quality of teaching for at-risk students is inadequate,” she wrote.

Moreover, she took aim at a teacher evaluation system that has been among the key parts of the Martinez administration’s education agenda.

“In general, punitive teacher evaluation systems that penalize teachers for working in high-need schools contribute to the problem in this category of schools,” the judge wrote.

We all know New Mexico is at the bottom of too many bad lists, especially when it comes to education. But this situation is not the fault of lazy teachers or kids who can’t learn or George Soros or teachers unions or any of the other bogey men Gov. Martinez and her allies like to point to for blame.

And another upshot of this ruling — besides, of course, that our students will now have access to better quality education in the future — is that it brings back into focus the devastating effects of Gov. Martinez’s tax giveaways.

Judge Singelton makes a point in her ruling to talk about state revenue and the fact that New Mexico simply doesn’t have enough of it to provide the kind of education our children deserve. But that situation didn’t arise out of nowhere — it mostly arose out of huge tax cuts for the wealthy and well-connected that both Gov. Richardson and Gov. Martinez pushed through with promises of job growth and economic boom.

Of course, those tax cuts didn’t do anything but make the rich even richer by draining public funds from the people who need them most — that is, our at-risk children.

The tax cut zealots and public school demonizers should be ashamed of themselves and should take a long look at what Judge Singleton ruled. Maybe now our leaders will begin prioritizing our students and the health of our communities over the ideological drive to give every tax break and advantage imaginable to the wealthy and well-connected. Our students and our communities deserve better. Maybe now they’ll get it.