One year ago today, same-sex couples in New Mexico woke to the news that marriage licenses were being issued in New Mexico.

Not surprisingly, it was a busy day for Dona Ana County as couples filed in from across Southern New Mexico, Texas and eventually even Albuquerque and beyond:

Shortly before the close of business, Ellins estimated that the county clerk’s office had issued about 40 marriage licenses to same-gender couples its first day.

Throughout the day, the office was bustling with activity, as same-sex couples from not only Las Cruces, but also Texas, Albuquerque and other places visited to get their licenses. – Las Cruces Sun-News

Six other county clerks followed suit, most by asking a court for express authorization which came quickly in each case. 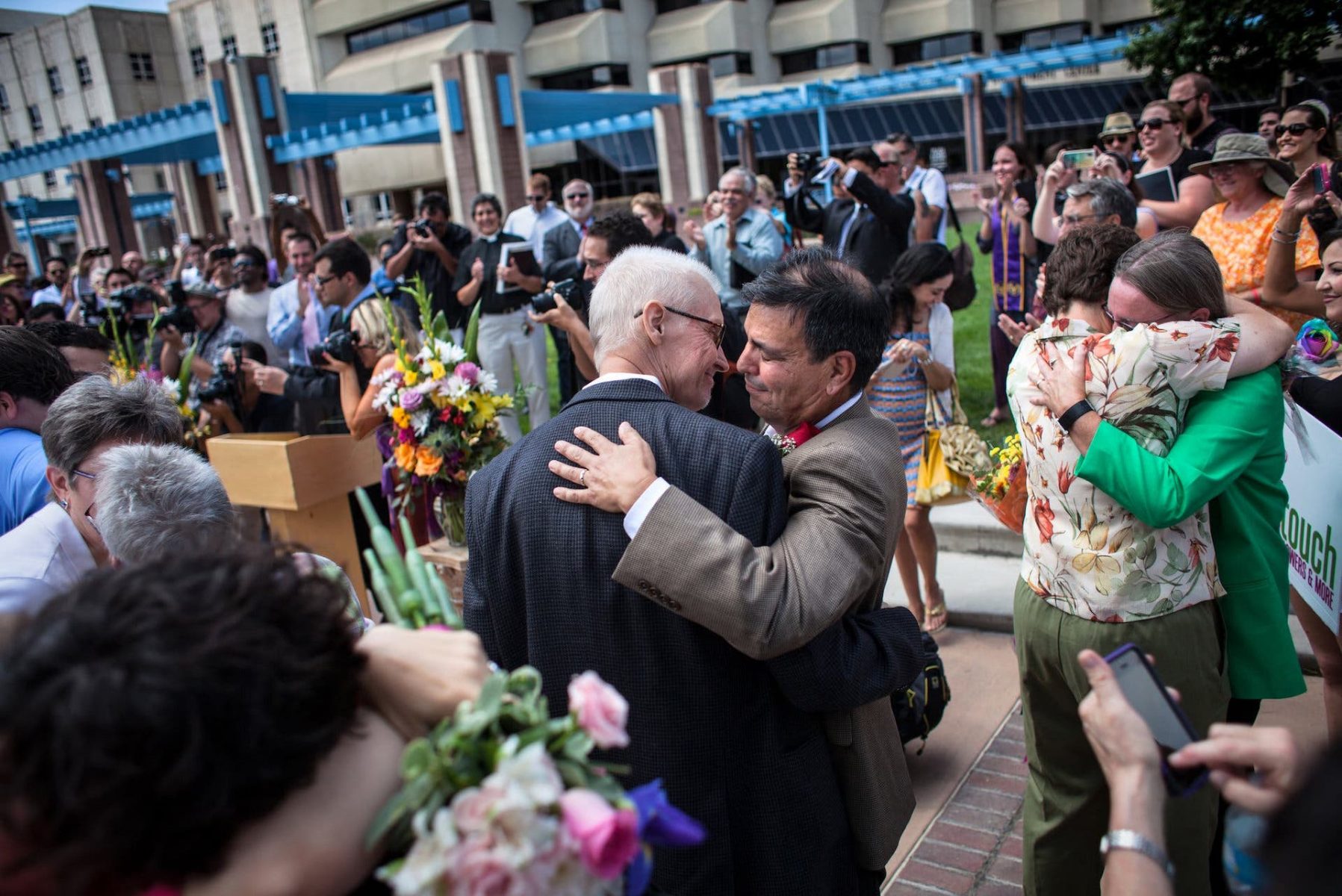 A legal case to the state Supreme Court quickly followed with passionate hearings on October 23 as New Mexicans of all stripes gathered in the courtroom, overflow rooms and watch parties across the city to hear arguments:

“We hold that the State of New Mexico is constitutionally required to allow same-gender couples to marry and must extend to them the rights, protections, and responsibilities that derive from civil marriage under New Mexico law” – Justice Chavez, New Mexico Supreme Court, December 19, 2013

LOVE WINS IN THE LAND OF ENCHANTMENT

It’s been an amazing year for progress in New Mexico. But we can’t forget that this effort didn’t happen overnight. It began years ago with some significant milestones along the way. There were the Sandoval 64, the legal opinion by Santa Fe City Attorney Geno Zamora and great organizing by New Mexico’s equality organizations like @EqualityNM @ACLUNM and @ProgressNowNM and all the partners who joined to advance and defend equality under the @NMUnites banner.

Many of those groups are celebrating one year of equality tonight in Albuquerque. See the Facebook event for full info.

NextState Sanctioned Violence at the BorderNext