While the uncertainty of the outcome of the Presidential race remains, one thing is clear, New Mexico will continue to be a beacon of progress.

Biden is the clear winner for New Mexico’s electoral votes, and while we all hold our breath for final counts across the country, Biden remains in a strong position.

Last night, communities across our state made their values clear by voting for a slate of progressive state legislators. Not only that, we came out in record numbers, despite many failed attempts of voter suppression by the Republican Party. Let’s take a look! 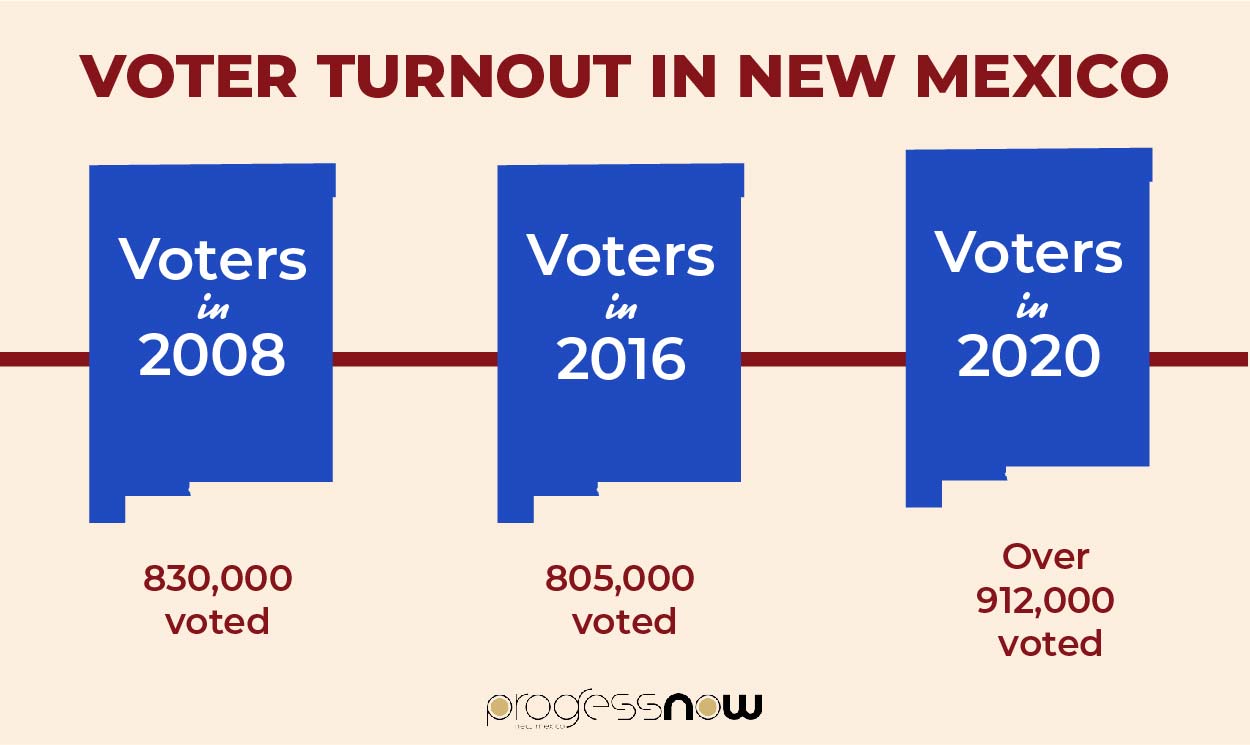 Guess that’s what happens after living under a national dictatorship of fear and lies for the past four years. (shrug)

So how did these record numbers play out  in who we voted for in New Mexico? We’re so glad you asked.

While the breakdown of Dem/Rep make up of the House and Senate remained relatively the same, the movement of the Democrats is decidedly towards the left.

We’re beyond tickled that the Republican Party’s failed attempt to rebrand themselves as “Respect” fell flat on its face. Sorry GOP, our communities can see right through you!

While all of the seats Democrats won are important for future progress, we’d like to call your attention to a few seats in particular. Take a trip down memory lane with us if you will.

During the NM State primaries in June 2020, progressive candidates beat out five conservative Democrats. Many of us were holding our breath, waiting to see how our new candidates would fare in the general election.

So far, we know that Siah Correa-Hemphill (SD28), Leo Jaramillo (SD5), and  Carrie Hamblen (SD38) all won their races.

While Neomi Martinez Parra (SD35) lost her general race, her historic win for our movement was ousting a long time conservative, John Arthur Smith, who was really a Democrat in name only.

New progressives in our state legislature will help secure a path forward for policies that are right for ALL New Mexicans.

In addition to replacing three of five conservative Democrats with progressive electeds, we had some MAJOR wins in a more diverse slate of legislators working for our communities. Let’s cover the highlights.

These are just a few of the wins that our state and movement saw last night. Congratulations to making history!

Let’s take these last few minutes to talk about what the real message is here. New Mexicans came out in record numbers to ensure their voices were heard. Our voices made it clear that we value equal access for BIPOC and LGBTQ+ individuals, access to reproductive health, clean environment, and fair and safe democracy. For four years, we have shown our resilience in the face of hate. We will continue to unite and fight back against bigotry, racism, sexism and xenophobia because it’s the right thing to do.

Yesterday’s state votes are dedicated to YOU! You who voted, You who protested, You who would not be silenced. New Mexico and the US were and are on the brink, but today we see what change a movement can really make. Today, we see a New Mexico that can stand strong for its communities, regardless of the outcome of the Presidential race.

Today we rest. Tomorrow, we continue to fight.